TIMMINS, ON – The Timmins Economic Development Corporation (TEDC) is pleased to announce the launch of a new Facebook page aimed at promoting film projects in Timmins. TEDC Film Projects, as the page is called, is dedicated to sharing news of upcoming film projects, location scouting, casting calls release dates and more.

The TEDC hopes that the Facebook page will help promote the needs of the film, television and commercial producers to residents who might be able to fill those needs.

“We’re currently location scouting for an empty barn or warehouse, and casting of two twin boys aged 10-14 for a shoot in February and March,” said Noella Rinaldo, Director of Community Economic Development at the TEDC.

“Attracting film production to the north takes the whole community to embrace the industry,” according to Fred Gibbons, chair of the TEDC. “We hope that the residents of Timmins not only support but also participate in this and future productions,” he added.

The TEDC works with the entertainment industry to attract film, television and commercial production shoots to the city. The impact of these projects to a community can be considerable, including supporting local job opportunities, increased economic activity and investment, and contributions to local business associations.

The TEDC is asking residents to like the page and share it with their networks to help spread the word.

For more information, please contact Kelsey Luxton at kelsey.luxton@timmins.ca or (705) 360-2656.

The TEDC is the city’s non-proﬁt community economic development team. We facilitate and support economic and social activity that creates jobs, diversifies the economy and improves quality of life. 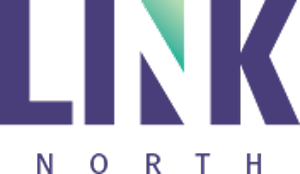